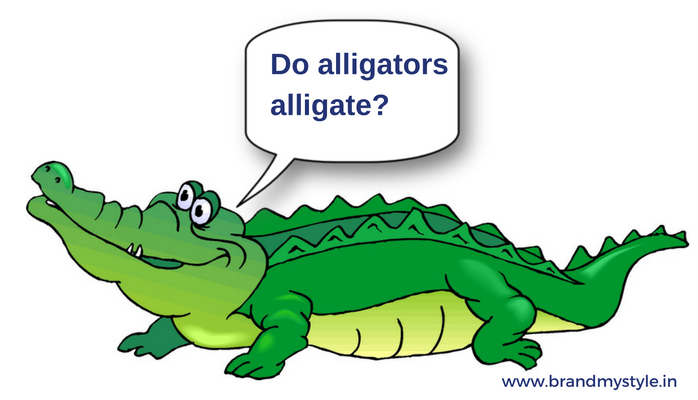 I had a very interesting conversation with my friend yesterday.

We were discussing on how certain brands have become a way of life. We see kids saying they love Maggie. They never say they want to eat noodles but instead they say they want to eat Maggie… (Gosh we did that as kids too…) Doesn’t matter if we gave them Top Ramen noodles or Patanjali noodles. They would happily eat their Maggie :).

Xerox was originally a name of the company that manufactured photocopiers but over the period of time, it has been verbified and today nobody says I want to photocopy. Recollecting I saw a store name yesterday – ‘First Class Stationery and Xerox’. I just smiled 🙂 Brand Verbification, the Trend.

The latest brand to verbify is paytm karo. The Company is proactively putting in an effort to make it a lingo capitalizing on the cashless revolution. Facetime me, or Google it, or Let’s Skype has been unintentionally verbified and it has now become a way of life. No wonder I am blogging it ;).

What makes consumers verbify it? A brand name elevates to a verb when it refers to a clearly defined and frequent action. In addition, there wouldn’t be a perfectly apt pre-existing verb for that action. The higher number of times the brand is used, greater are the chances for the brand to be verbified. All it boils down is to increase the brand experiences and touch-points.

If you find this topic interesting, here is another one by Mike Hoban titled “Google This: What it means when a Brand becomes a Verb.”

Which brand did you notice verbified? So eager to read your thoughts.

As a Personal Brand Strategist and Stylist, I partner with Entrepreneurs and Professionals with at least 5 years’ experience, wishing to become more visible to their target clients; who want to attract premium clients, want fewer hours worked, more money earned per hour, a less stressful and enjoyable business. I’m passionate about designing distinctive, authentic, and brilliant personal brand stories. My job is to make YOU shine by delicately Branding your Style, your uniqueness, and create a winning Brand YOU. Through creative content writing, aesthetic visuals, (logo and graphic elements), and sparkling digital presence, I help you project a powerful brand image.